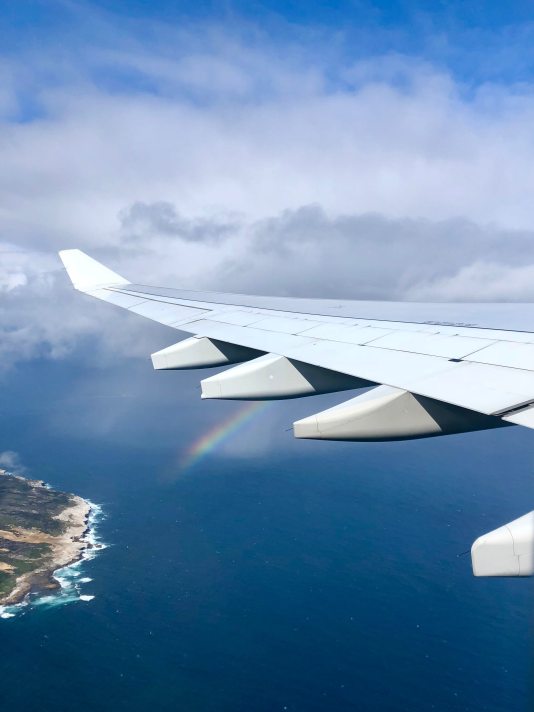 There are a slew of travel agencies literally breathing down your neck to book a domestic or international tour with them, these days. Everything needs to have a desi (read Indian) touch, from the kind of photographs shot (complimentary by the agency) to the khana arranged on tour (because yaar roti shoti ya chai ke bina khana kaise hoga (what will we do without Roti – Indian bread or tea), even if you are probably in France, Slovakia, or Jordan, or the likes. In all this frenzy, you would seldom get a chance to book an international flight, on your own. For a relatively amateur traveller, like me, this could be a daunting task. There’s the bank balance and time zone to think of and probably umpteen other considerations. So what do you do? Well, keep calm and book your flight. But before that may be these pointers might help, especially those who are still learning the ropes!  These are mostly applicable when you are travelling across continents. So hang in there for the ride!

Long Haul? No Worries – Split it!

Lets say you are flying from India to USA or perhaps somewhere in Europe to down under in Australia or New Zealand.  Since the travel time is around 15 to 20 hours, it is a good idea to see if you can split the flying time more or less equally, assuming there is atleast 1 layover. This probably helps deal well with jetlag and you get enough time to settle on the flight.

Say Yes to a Layover

This might sound dreadful, but trust me, it isn’t. Layovers are good for two reasons. To begin with, a flight with a layover costs slightly less, in most cases, as compared to a direct flight. Second, you never know when you might need to freshen up nicely and need like a real restroom or more importantly stretch your legs! So a layover is great for that. You also might get to strike a conversation with a person who is actually awake if you are lucky enough, as against your fellow passengers who most probably would be sleeping! So a flight with a layover is always a good idea while booking an international flight.

Layover Never Gets Over?

Well, one of my friends who is based in USA and travels frequently to India gave told me a great hack. So she told me that while booking an international flight, it is always good to have a layover which is at least 3 to 4 hours. This was for two reasons. Firstly, in case the flight is delayed at the starting destination, you would still have a breather and get the connecting flight. Another reason was that in case you happen to take time to disembark and find the terminal, it is always good to have more time on hand. You can always find out ways to pass time, but missing a flight, doesn’t seem to be very appealing, right? So next time you are thinking international flight, consider a 3 hour layover (approximately) folks.

Travelling to one continent from another can be tedious and tiring. You want to be as less jetlagged as possible. Even if you don’t have a jet lag but the time difference is considerable, being alert helps. So in that scenario, always book a flight which reaches your destination during the day, local time. You want to be able to see and properly understand the roads and where you are going, in an unknown place, right? I did the mistake of booking my flight which reached Heathrow at 8.30 pm local time when I did a solo trip to London. By the time I got out of the airport and reached my hostel, it was almost 11 at night. It was a little scary to be in an unknown place all by myself at that time.

Be on The Lookout for Deals & The Right Season

There are so many travel agencies as well as websites that you can check and book the cheapest flight. They also offer a number of discounts, depending on the time of the year. This will also of course depend on the season. If it is not the peak season, like say beginning of winters and thereafter for Europe, the flights will be cheap. Similarly, just before the peak summers, flights for USA for instance could be less expensive than what they might be in July or August. Here are some websites you could check out.

There would be many more which can be added to the list, but I could think of these as the most popular.

I am sure many of seasoned travellers already know this. But I found these to be some really useful tips for not-so-seasoned ones like me. Come to think of it, there is so much to learn and know even if you are not actually travelling! It never fails to amaze me! And don’t they say that, to travel is to learn? Happy Travels!

Travel enthusiast, creative writer at heart and the girl next door. I am a film buff and love to try my hand at adventure sports too! View all posts by Medha

One thought on “First Time Booking an International Flight? Here’s What You Need to Know”