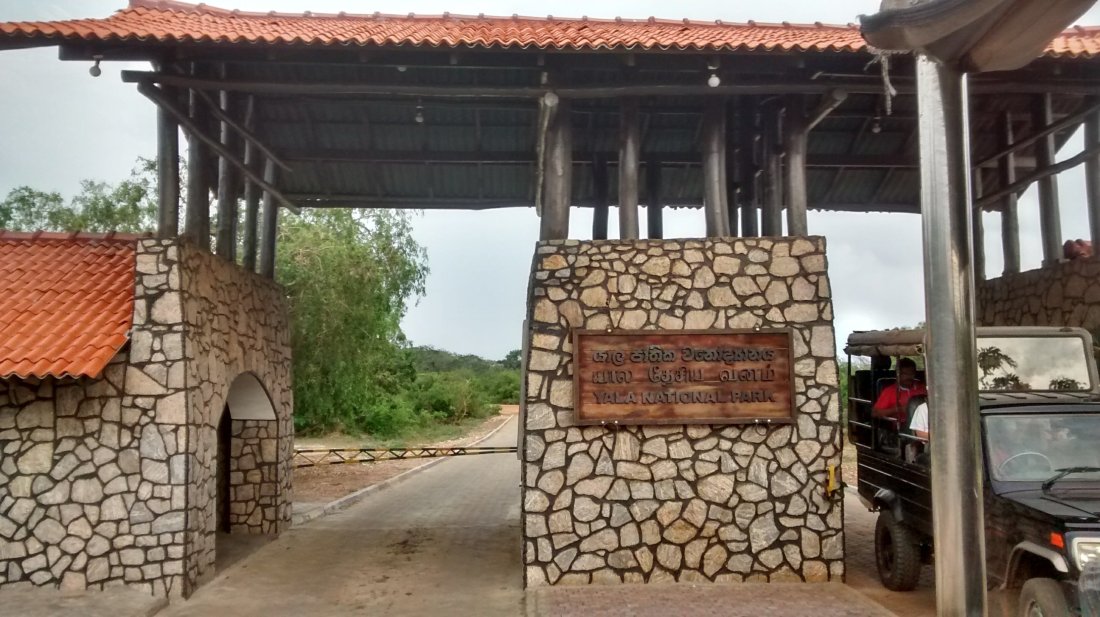 If Nuwara Eliya had the makings of a European Hamlet, Yala National Park and the area around it was quintessentially Sri Lanka. Lush green landscape punctuated by water bodies. The National Park, however, was quite an adventure. Before we get to the Safari part, I would like to tell those who want to visit to keep a good amount of Lankan currency. The Safari costs nothing less than 10k Lankan rupees per person. I am saying this because me and my friend, we barely managed to put together that amount. That was not because we were short on cash, but because we hadn’t carried enough local currency. That done, the safari was quite interesting. Although we expected to catch a glimpse of a tiger, unfortunately it didn’t happen. We were able to spot peacocks, wild boars, deers, monkeys, elephants and some other fairly common animals. The area was dotted with moats and smallish ponds. A flock of birds or a a herd of deers were peacefully having a drink or just taking a stroll. It was a lovely sight. Where do you otherwise have the time and opportunity to stand and stare in the super fast life, and devoid of almost minimum contact with nature. Nonetheless, our rendezvous with the (not so) wild life lasted around an hour. The only sensational thing to have happened in that hour was the news of a tiger being spotted by one of the groups. Hell broke loose and all the drivers headed towards that so called spot in a frenzy. Our driver seemed to have a thing for reversing the vehicle with absolute elan. He was doing it with gusto. There was a traffic jam kind of situation at one point of time on the elusive spot from where the tiger seemed to have passed by. The excitement died down eventually and we headed back to the exit. A fabulous hotel with a room having a scintillating view of a lake on one side and a small swimming pool on the other beckoned us for the night. Thus ended our Yala National Park adventure!

Travel enthusiast, creative writer at heart and the girl next door. I am a film buff and love to try my hand at adventure sports too! View all posts by Medha